An additional step-by-step guide can be found here which also details the ESXi installation process: https://clo.ng/blog/detectionlab-on-esxi/

to each of the following files:

The remaining steps on this page apply to both both ESXi 6.x and 7.x:

These commands can be run in parallel from three separate terminal sessions. Once finished, you should see something like the following: 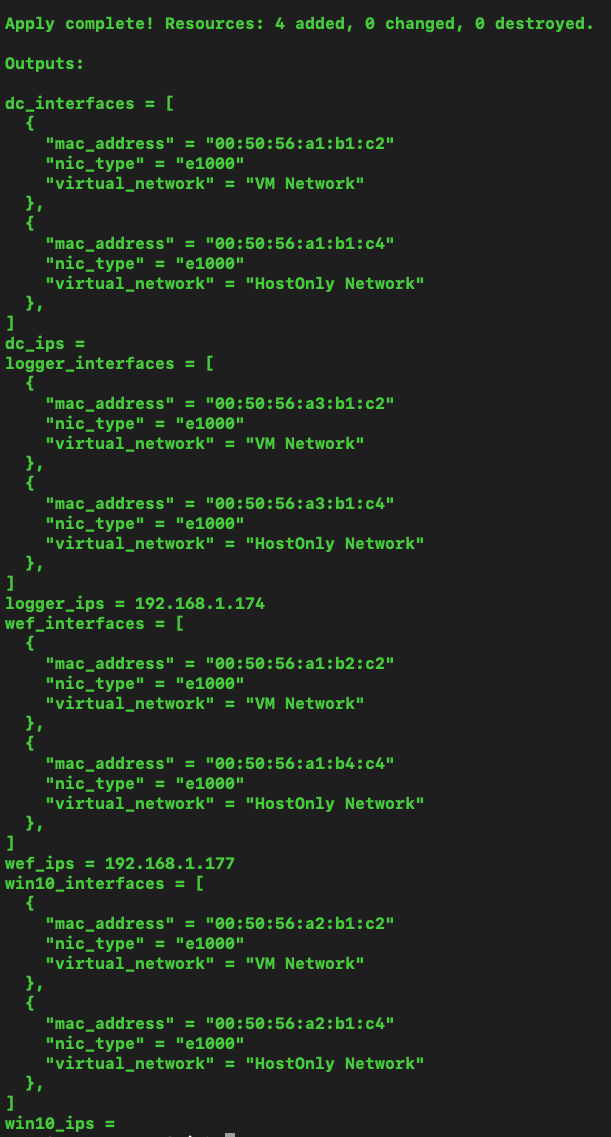 If you run into any issues along the way, please open an issue on Github and I’ll do my best to find a solution.

Configuring Windows 10 with WSL as a Provisioning Host

Note: Run the following commands as a root user or with sudo

As usual, this work is based off the heavy lifting that others have done. My primary sources for this work were:

Thank you to all of the sponsors who made this possible!